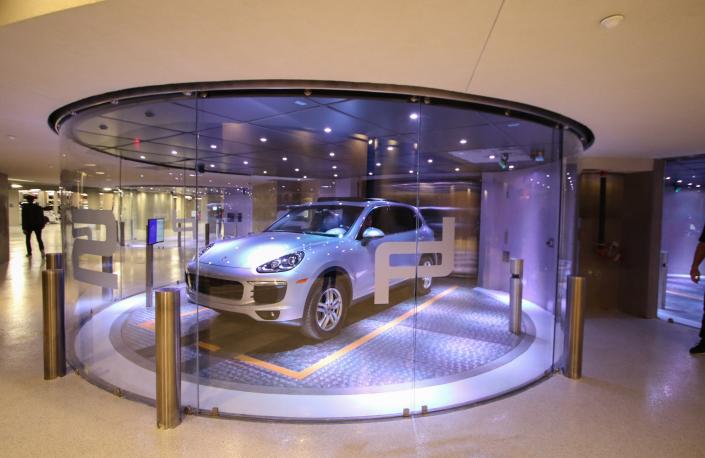 As the recipient of seven Ballon d’Ors–the most granted to any single individual in the award’s history–professional soccer player Lionel Messi is considered by many to be one of the most talented footballers to ever step on the pitch. In the FIFA sphere, that massive level of prestige comes with a corresponding degree of hefty profits. The Argentinian sportsman, who spent two decades playing for Barcelona (where he scored a record number of goals for a single club) up until his switch to Paris Saint-Germain last year, was named Forbes’s number one highest-paid athlete in 2019 and 2022.

Messi has certainly put that money to use, collecting a fleet of luxury cars, vacationing in $10,000-a-night rental properties, building a hotel empire, and of course, investing in a number of luxury properties. Below, we outline some of the impressive real estate dealings that the soccer star has made throughout his career.

For over a decade, Messi’s primary residence was the Barcelona-adjacent abode that he paid $2 million for in 2009, which was also around the time he won his first Ballon d’Or. Located in Castelldefels, an exclusive coastal city about 15 miles from the Catalonian capital, the estate has a current estimated value of $7 million. The legendary athlete and his wife, Antonela, invested millions of dollars into the property, including the purchase of an adjacent plot of land (reportedly, he bought out his neighbor’s house because they were too loud).

The large private compound hosted a gym, spa, theater, pool, a large terrace for lounging and barbecuing, and a personal-sized soccer field to practice and play on with his three young children and his huge French Mastiff named Hulk. Inside, the modern home was decorated in cozy neutrals and boasted views of the Mediterranean Sea and the Catalan hills from its numerous terraces and sprawling floor-to-ceiling windows. The mansion was conveniently located only 12 miles from Camp Nou, the FC Barcelona soccer stadium. Due to environmental restrictions, the property was in a no-fly zone, providing an added bonus of privacy and serenity for the famous athlete.

It is not entirely clear if Messi still owns the home or sold it following the end of his contract with Barcelona.

In 2017, when Messi made his record-breaking 366th goal for Barcelona, he also began his money-making venture as a hotelier. He reportedly spent $30.5 million on his first hotel, a four-star beachside property in Sitges, Catalonia, about 24 miles from his Barcelona home. The modern structure built in 2013 offers 77 rooms, a full-service spa, and a luxe rooftop bar and swimming pool with panoramic views.

Over the years the soccer player has continued to invest in a growing lineup of lodges under the name MiM Hotels by Majestic Hotel Group. To date, the chain has acquired five boutique properties across Spain and an upcoming resort in Andorra set to open in 2023.

In 2019, Messi put down roots in the US with the $5 million purchase of an oceanfront condo in Sunny Isles Beach, Miami. Spanning 3,555 square feet, the three-bedroom and four-and-a-half bathroom dwelling is located in the Porsche Design Tower, a 2016-built luxury condo rising 60 stories with a glass car elevator that allows its residents to access their vehicles without exiting their living quarters, making for a coveted element of privacy for high-profile tenants.

Messi’s unit enjoyed panoramic ocean views and a private balcony with a swimming pool, as well as access to luxury amenities offered to all of the building’s tenants, including a full-service spa, a restaurant and bar, a car concierge, and a state-of-the-art car racing simulator.

The star athlete reportedly put the condo back on the market in 2021 for $7 million.

Two years later, Messi picked up another Miami property, paying $7.3 million for the entire ninth floor of the Regalia, a modern 39-story Saint Isles Beach development just 10 blocks away from his Sunny Isles condo. Highlights of the four-bedroom, four-and-a-half bathroom unit include a sleek natural stone bathroom with a soaking tub and glass-walled shower (both with ocean views), a 1,000-bottle climate-controlled wine room, a curvy 2,100-square-foot terrace wrapping around the entire unit, and floor-to-ceiling glass with expansive beach vistas. Additional amenities offered by the luxury structure, which hosts just one unit on each floor, include six pools, a full-service spa, a gym with an adjacent yoga studio, a vast entertainment room, and a chef’s kitchen.

The renowned sportsman has had a busy year in real estate. In January, Messi returned to his beloved hometown of Rosario, Argentina, where he built a massive estate set across three plots of land, dubbed The Fortress. Amenities of the compound include a large theater, a gym, and an underground garage with 15 parking spots–perfect for the athlete’s ever-expanding luxury car collection. It is speculated that Messi plans to make the property his primary residence once he retires from his soccer career.

In September it was reported that Messi also bought an Ibiza mansion for $11.18 million, although the construction of some rooms in the property’s garage prior to Messi’s tenancy has reportedly led to a struggle to receive the necessary certificate of occupancy that deems the home in livable condition. Not much else is known about the estate, but it seems likely that the footballer will use the abode as a vacation home once the paperwork and construction are all straightened out. Messi has previously summered in Ibiza and also owns a hotel on the Spanish island.

Reportedly, the soccer star began renting a $21,000-per-month home in Paris’s Neuilly-sur-Seine that same month, but not much is known about the dwelling other than its location, which is less than five miles from the athlete’s Paris Saint-Germain stadium, Parc des Princes.

The D.C. area’s real estate market is starting to level off

The housing market will continue to crater, Goldman Sachs says