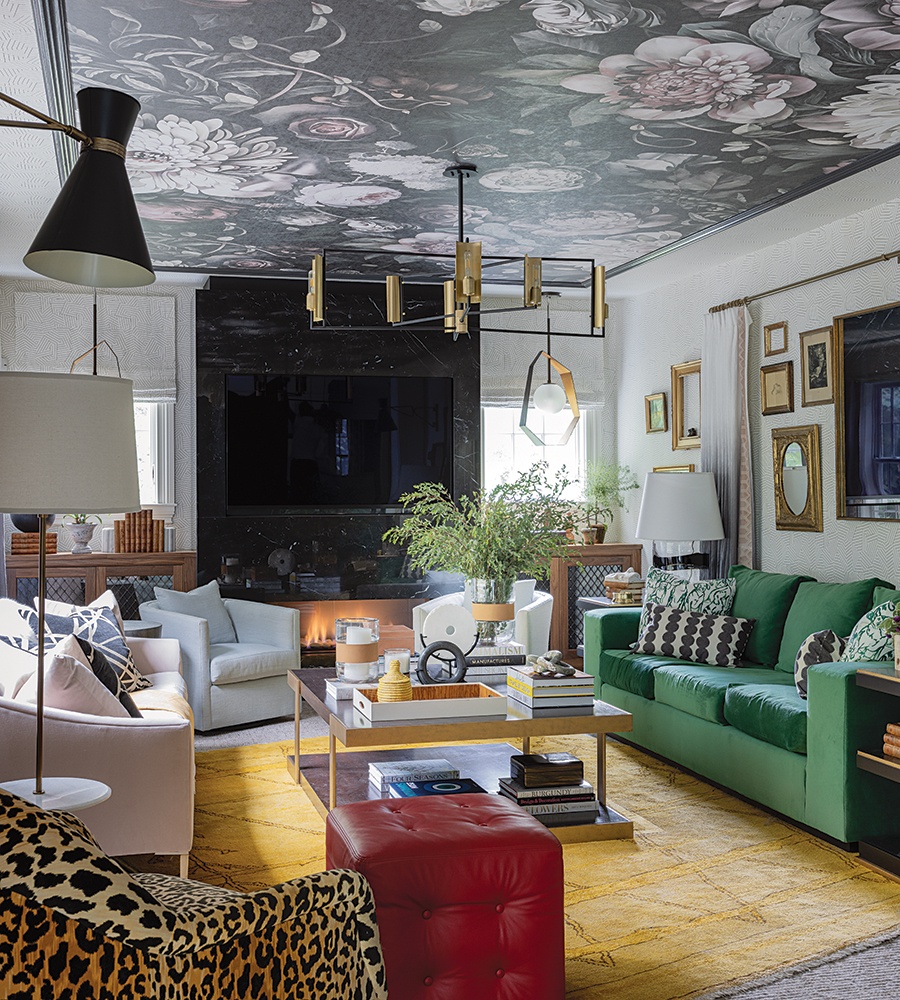 Designer Robin Gannon uses vivid colors, a range of patterns, and furnishings in a slew of styles to infuse this Lexington home with soul.

Sign up for our weekly home and property newsletter, featuring homes for sale, neighborhood happenings, and more.

Robin Gannon has coined herself a layer-ist. “As a designer, people tend to categorize you as a maximalist or a traditionalist,” says Gannon, noting that her interiors don’t veer toward one aesthetic. “I want homes to feel layered because that’s what life feels like: Over time, you collect memories and experiences and stack them.” Similarly, when you live in a layered house, you keep adding things you love until there’s a fullness. “When a home is too minimalist, it can be beautiful, but it looks like no one lives there,” she says.

In this Lexington residence, the homeowner loves color and pattern and wholeheartedly embraced Gannon’s passion for creating rich, sophisticated layers. After living in the spec home for several years with her family, she was ready to add some enthusiasm to the décor. Gannon started in the long, narrow family room where a floral wallcovering by Ellie Cashman was installed on the ceiling. “I think that large expanses of plaster ceilings can be an eyesore,” she says. “Putting the wallpaper up there, framed with black molding, is unexpected.” 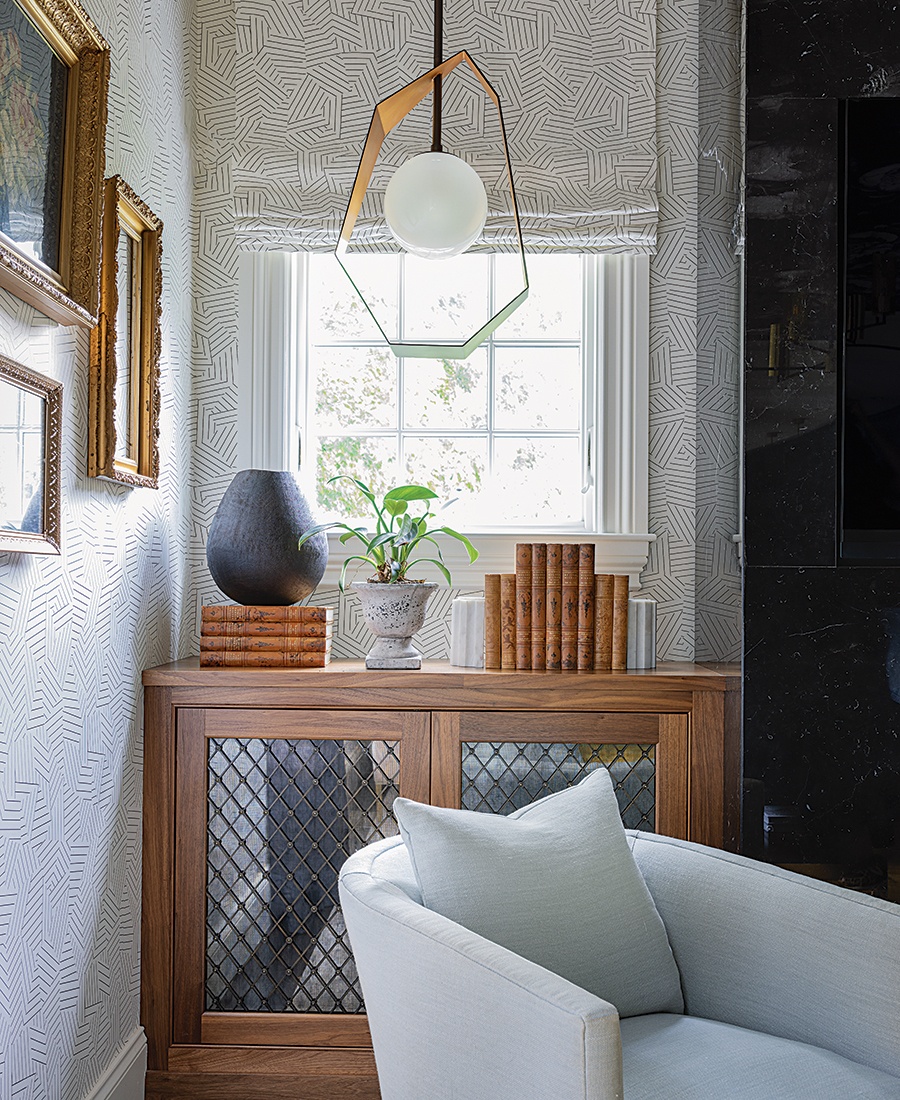 In the family room, pendant lights by Hudson Valley Lighting hang above the built-in cabinets that flank the fireplace. / Photo by Michael J. Lee

The black molding connects with the black marble fireplace, yet the room features a variety of other colors—there’s an emerald-green sofa, a pair of light-blue swivels, a red ottoman, and two chairs that are upholstered in a gold-and-black cheetah print. “You have to play with different strengths of color,” Gannon says. “In my projects, palettes gradually evolve; you start with one color and try it out with others. I love how these colors relate to one another.”

While the family room was designed to accommodate the whole family, and often a few friends as well, the lounge is a more intimate space. “Houses are really big these days. It’s nice to have spaces that feel like two people can fill it.” The lounge’s multi-hued, geometric Cole & Son wallcovering feels like contemporary artwork, while the floral drapes have a more traditional appeal. “The house is a Colonial, and it’s important that the interior design nods to the architecture of a space,” says Gannon, noting that the room’s wainscoting and Ferrick Mason drapery fabric refer to that while balancing the modern elements, including the animal-hide rug. 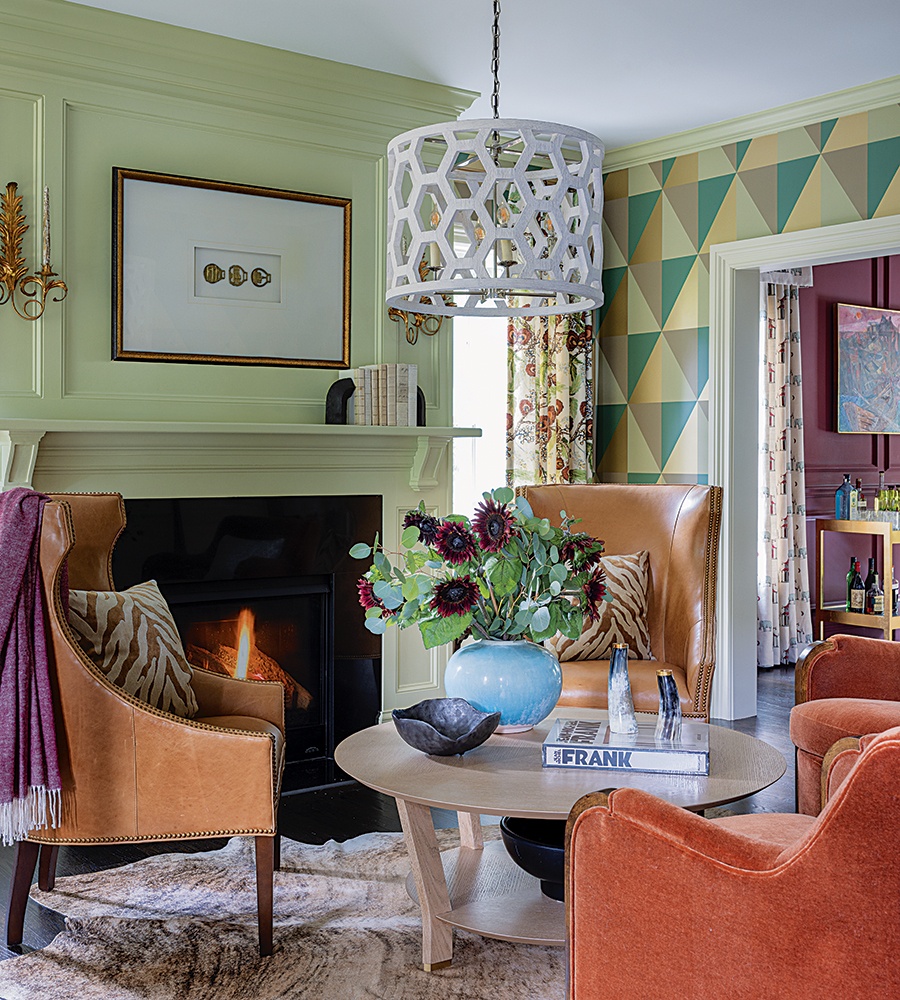 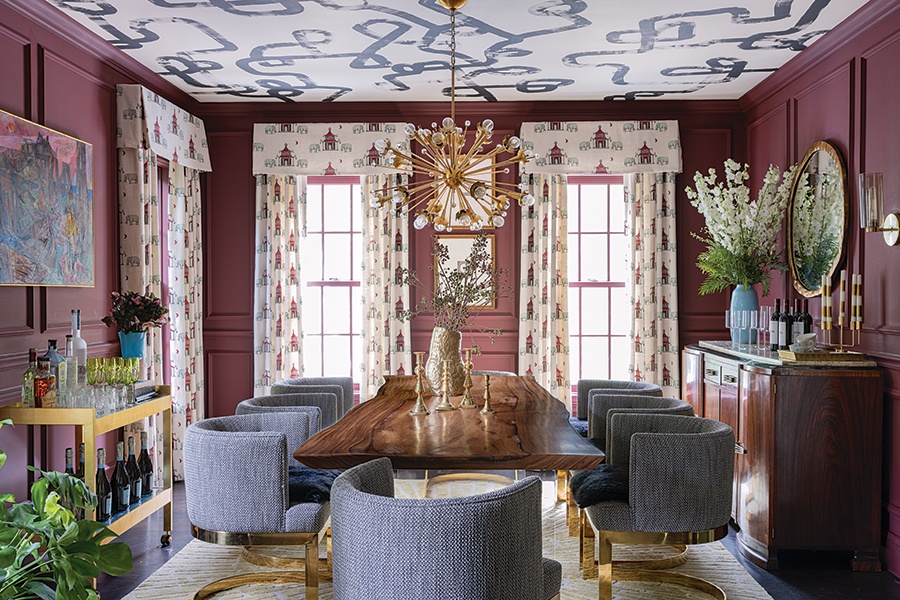 Gannon believes that each room should be a different experience and avoids matching the color schemes of each space to one central palette, though she is careful to weave a small thread between adjacent spaces. In the lounge, the wallcovering’s soft shade of eggplant hints at the dining room’s much deeper variation of the hue—akin to a strong burgundy, says Gannon, which is painted on both the walls and trim, a move that draws the eye up.

“Your eye naturally goes to the contrast; if the trim were white, then you wouldn’t take in the full depth of the wall color,” she says. The ceiling in the room was painted with overscale squiggles by the homeowner, who is an artist, giving the room a sense of whimsy that’s tempered with a sleek gold bar cart and a striking antique rosewood buffet. “Every home needs something that came before,” Gannon says. “Especially in a recently built spec house where everything is brand spanking new, a great antique can give the house soul.” 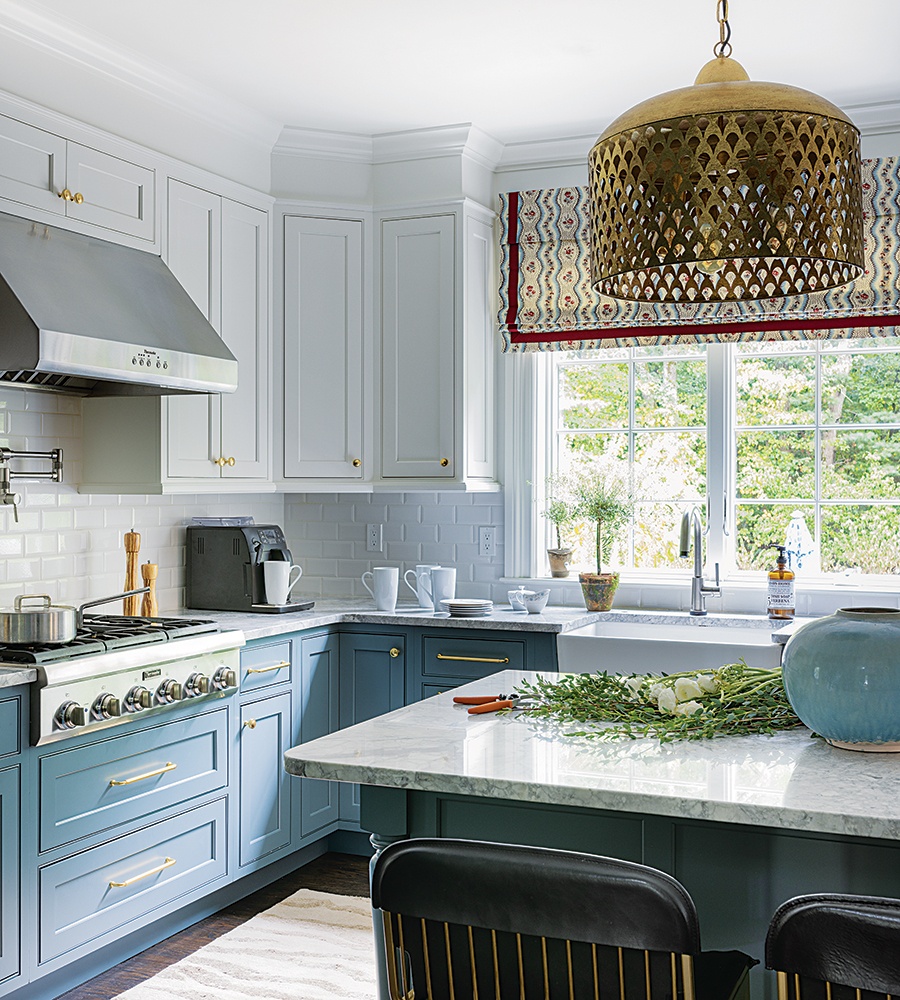